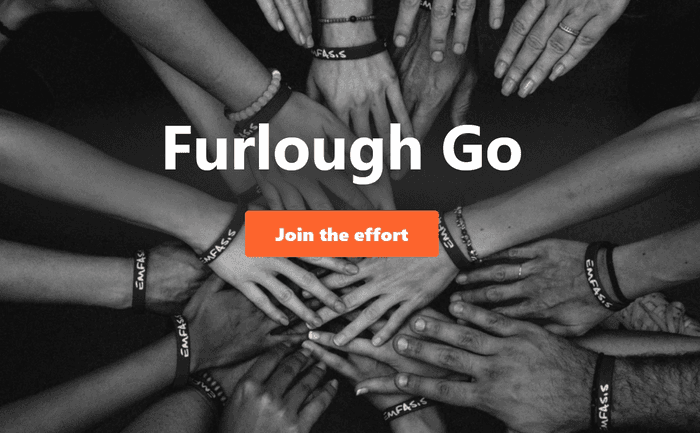 Where it all started

We got a phone call on 7pm on a Sunday evening in mid-March asking us how far along we were with that volunteering platform we had promised (for mid-April), and if we could maybe fast track those plans. We said (somewhat optimistically) that we could probably get something ready to go for Monday afternoon.

Luckily, our optimism was well placed and by 7pm on Monday, our volunteer sign up page was live.

A sign up page where volunteers indicate their skills, availability, DBS status and how they are willing to help. This can then be searched by organisations to find the volunteers that match their requirements whilst keeping track of who has contacted whom. Real-time data analytics can then be extracted on how many people in an area are being supported as well as when, and how, those people are supported. These statistics can be collated on an area level, or on an individual organisation level; which helps give an understanding of what level of support is being provided and needed in each area. These pages can be spun and personalised for as many areas as are required.

Over 2,000 volunteer sign ups were recorded within the first 2 weeks and over 30 organisations have been able to access volunteers. It was pretty amazing to see the amount that people were willing to help and what they were offering to do.

The whole system is moving so fast, so it is hard to know what support people and organisations will want from volunteers in two days from now, let alone next week. For this reason, it is important for the support to be as flexible and sustainable as possible in the coming weeks and, likely, months ahead.

This should allow organisations to get the support from volunteers that they need when they need it and to respond faster to the needs of the people they are supporting. It also encourages organisations in an area to work together along with the council/infrastructure organisation to recruit volunteers and to support vulnerable people.

For the volunteers, it reduces the number of contacts necessary before the actual volunteering takes place, which means that the volunteering should be more successful (people don't like filling out forms more than once!).

What we've struggled with

It's quite hard to get feedback on the changes we are making when everyone is working remotely. In normal times, we spend at least a couple of hours a day with charities getting feedback on the tool - you can't really do that over Zoom. At the same time we are developing the tool at a much faster rate than normal, so it has been more important than ever to keep open lines of communication with our current partners and understand how they want to use it.

We have also found that the volunteer response rate has been lower than we thought. In hindsight, that isn't that surprising. Lots of volunteers would have signed up because they wanted to do something, but now some pretence of regularity has appeared, people will have less time than they thought.

Charities have even less time than we first thought. Although this method does speed up the volunteer brokerage process, charities are even more pressed for time now than they were before. This means any time spent vetting volunteers is too long.

What next - continued support and referrals

We're refining the match-making tool part of the platform, allowing charities to match the volunteers they have recruited and vetted with the people they are supporting. Charities will be able to search the pool to identify a suitable befriending partner for someone vulnerable in the community and keep track of the interactions and support extended to that indivdual. The volunteer can then leave relevant case notes about the support they have delivered so that an organisation can keep track of progress.

We are also making it easier for other organisations (e.g. councils) to vet volunteers and then refer them on to the charities that need support. From logged contact and/or interactions with the partner organisation, the volunteer coordinators can then see the type of support requested, the number of volunteers already engaged and the level of response activity so far.

The other feedback we got from C4, VCC and others is that the platform could be used to allow people who work for charities but have been furloughed to use their skills to volunteer for another charity. Meet Furlough Go.

This went live on the 1st April in London and has already seen over 15 organisations request volunteer support. With backing from C4, VCC and London Plus we're driving for this to go national as of next week. Stay tuned on Twitter to keep track of developments!